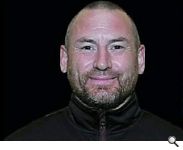 The football community has lost one of the best guys around.
Dave Conroy was a champion for every kid in Laytown Utd

Some of us were fortunate to know Dave for a short while and can say he was just one of those people who loved football.
Anyone who knew Dave was very lucky as his passion for family & football was there for all to see.
His love & pride in his local club Laytown utd and love for Drogheda utd would come up in every conversation.
But talking to Dave his love of his family always came into conversation and his absolute pride
and love he spoke about his wife and kids.
We were so lucky at the ndsl academy and league to work with Dave as an academy manager for a
short while.
His commitment to whatever he did was 100%.
When Dave rang one day and said Lee my son is coaching at Laytown utd come and watch him coach he’d be perfect at the academy you would never question his judgment.
The day we watched Lee’s passion for Laytown utd was like watching a younger version of Dave.
It was an absolute joy to have got to see Dave coaching and his passion for the game and to watch Lee emulate his father’s passion for coaching must have given him so much pride.
We just want to say to Lee while Dave has gone far too early he has impacted us as a football community and he’s had a wonderful influence on so many of us adults and has helped so many children throughout the years that he will be remembered forever for creating so many wonderful memories for so many.
Our thoughts and prayers are with his wife and children tonight on a very sad day.

« back to NDSL News